During these difficult and uncertain times, it remains our top priority to protect gorillas and keep our team members safe. While we all adapt to these challenging new circumstances we asked Francis, Program Coordinator of our Children for Sustainable Conservation Program, to share some facts he uses to teach local children about gorillas.

We share 98% of our DNA with gorillas, yet how much do you really know about them? What do gorillas eat and how do gorillas communicate? Read below to find out! 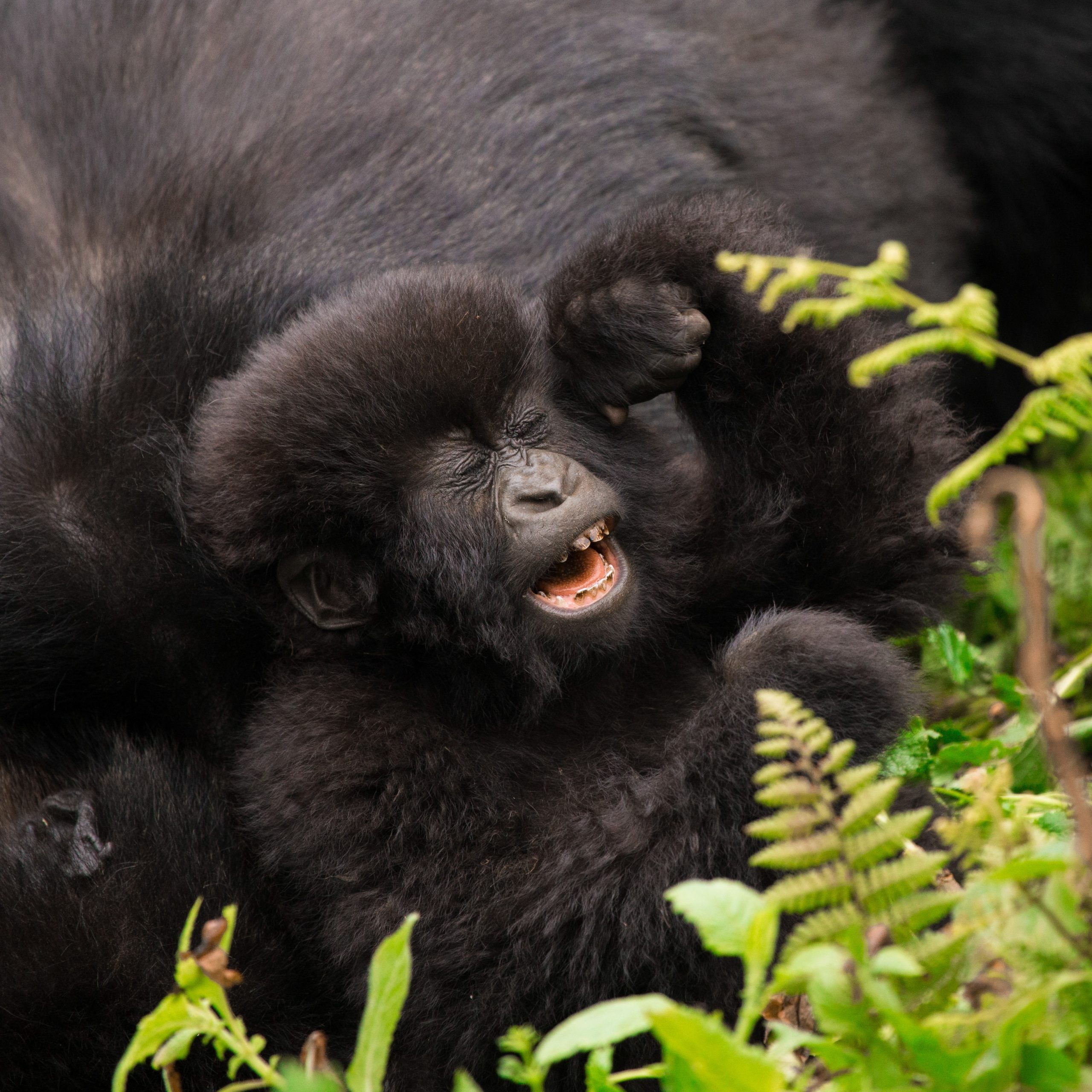 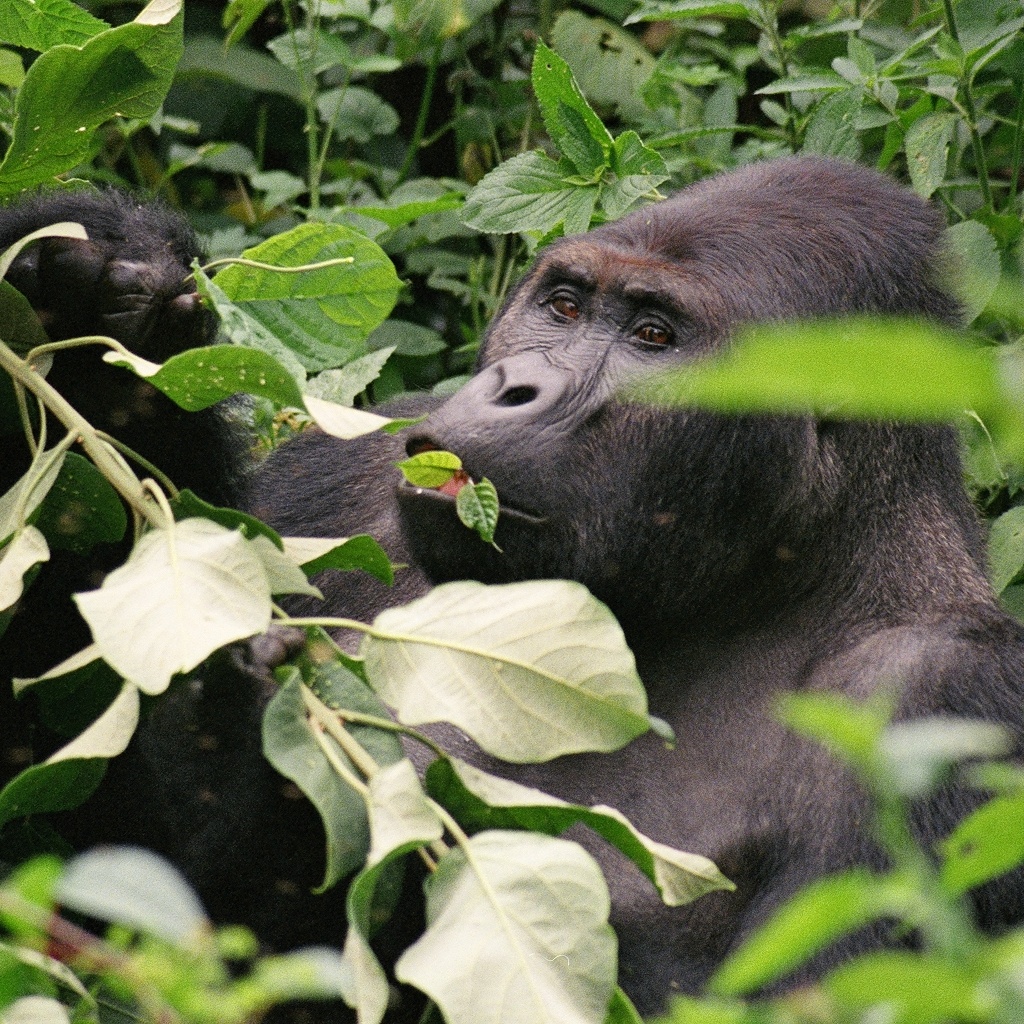 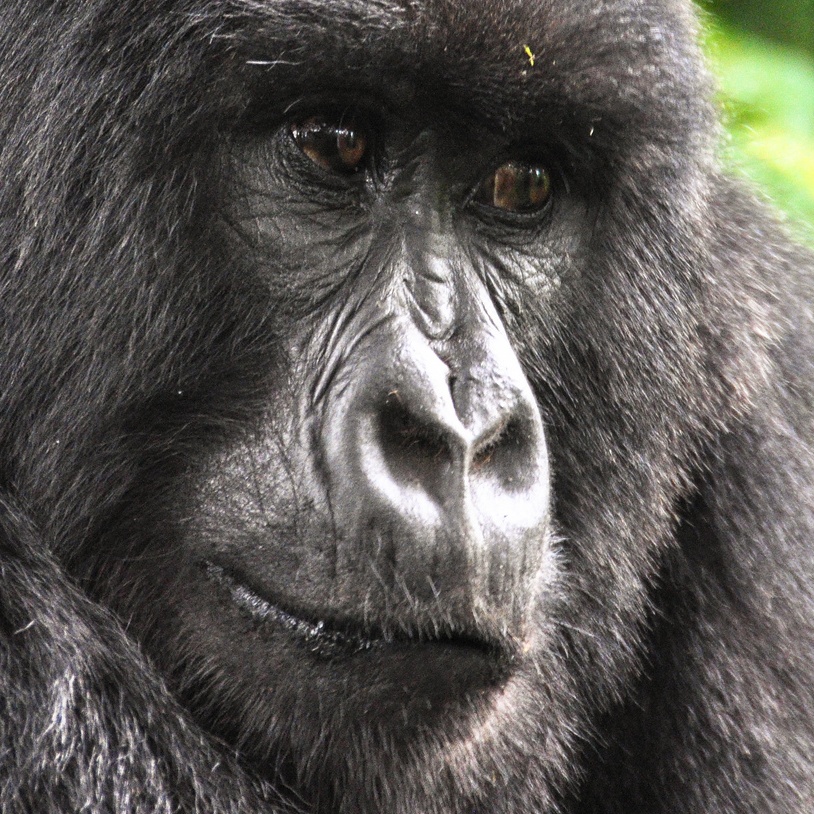 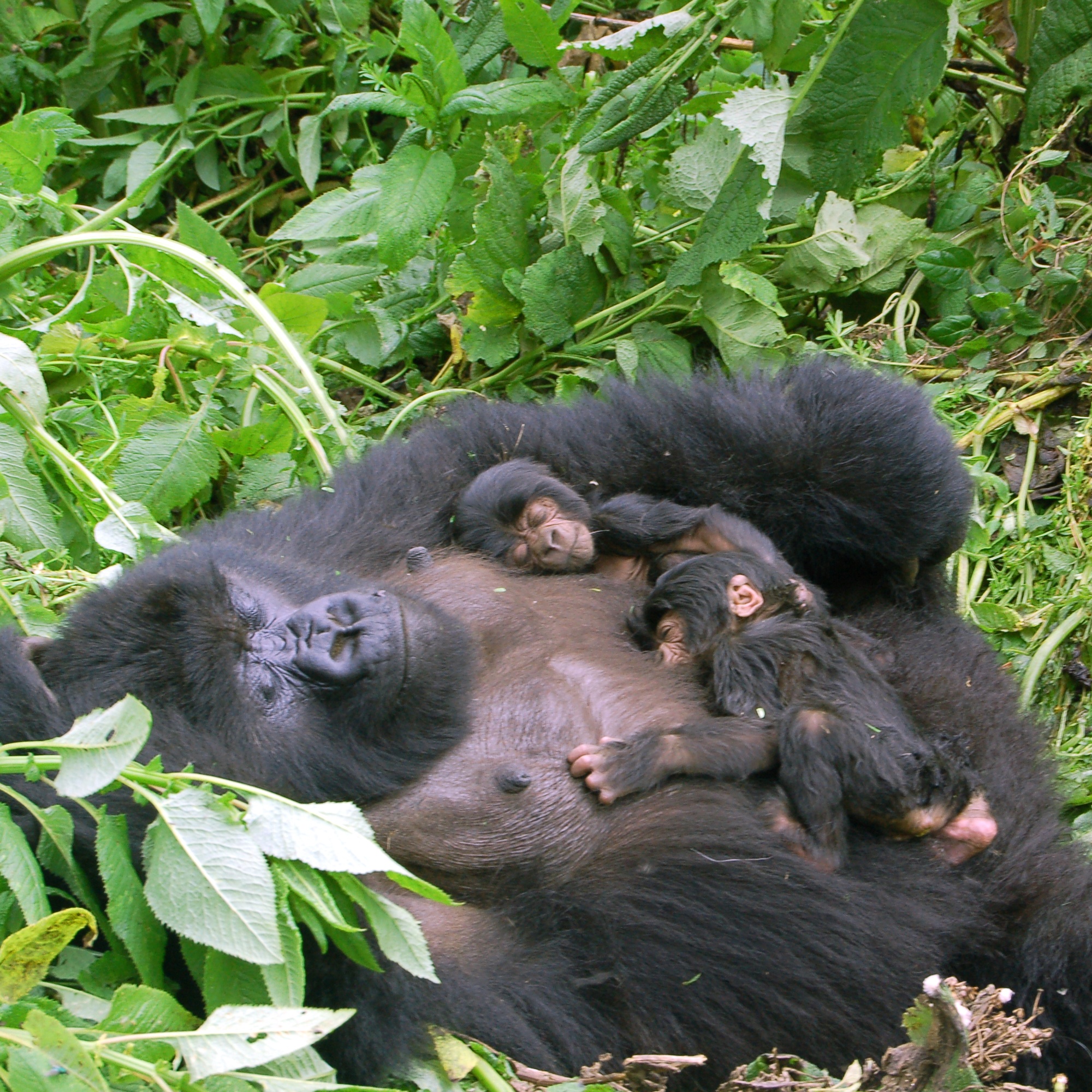 Gorillas have a complex range of calls known as vocalizations that they use to communicate information. This includes calls of fear, alarm, distress and contentment. “Belch” vocalizations are considered most common and are used to describe the noise gorillas make when they are feeling happy and satisfied. Gorillas also produce chuckle vocalizations when they are playing with other individuals in the group. Dian Fossey was the first researcher to describe and categorise these sounds.

Gorillas spend a quarter of their day eating. An adult gorilla can eat around 30kg of vegetation in a single day, which is roughly the equivalent of 210 bananas. However, contrary to popular belief, gorillas don’t eat bananas. Instead, they eat the leaves and pith of the banana plant. Gorillas are primarily herbivorous and eat a diet rich in herbs, leaves and seasonal fruit. These plants provide sufficient moisture so they do not need to drink much water.

Like fingerprints in humans, individual mountain gorillas can be identified by their nose prints. Mountain gorillas have a unique set of wrinkles above their nose that differ in shape, size and depth. Understanding these differences is an important part of monitoring and conserving gorilla populations. Different bodily features are used in combination with nose prints to identify the other three subspecies of gorillas, as patterns are not as distinct between individuals

Gorillas live in family groups typically ranging from 2 to 40 individuals. The average group size generally consists of 10-12 members with one dominant silverback leader. However, multiple silverbacks can exist in one group but there is a clear hierarchy and each member has a specific role. The female gestation period lasts 8.5 months and generally one baby is born at a time. Gorilla babies rely entirely on their mothers and are carried around on their backs for 2-3 years.